This macroeconomic report is prepared based on first month’s data of FY 2075/76 published by NRB. The key macro-economic indicators and variables are highlighted in the table below, and explained in further section: 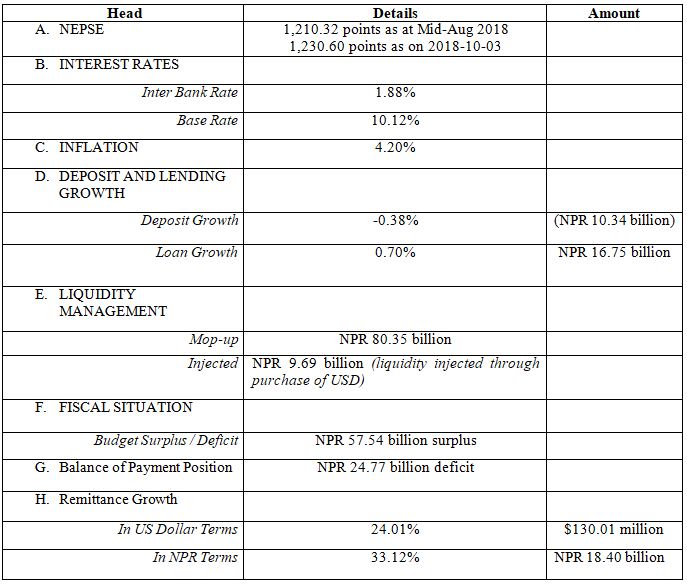 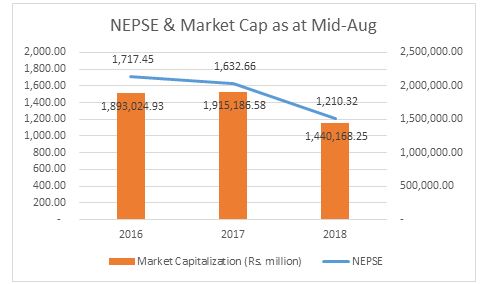 On the other hand, the ratio of market capitalization of NEPSE to GDP as at Mid-Aug 2018 has significantly dropped down to 47.89% compared to 72.47% in the last year during the same review period. 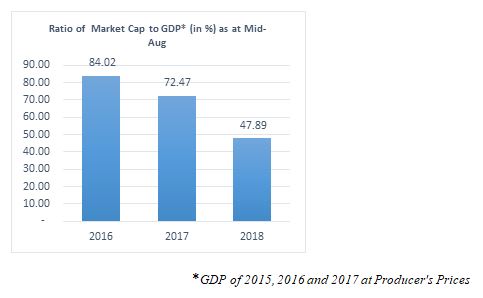 With some ease of liquidity in the banking channel, the weighted average interest rate on deposits of Commercial Banks has gone down to 6.40% and consequently, the base rate as well has gone down in Mid-Aug 2018 to reach at 10.12%, which was 10.47 in the previous month. Last year during the same review period, the base rate of commercial banks stood at 9.67%. The base rate of commercial banks was in increasing trend, and reached one-year-high of 10.47% in Mid-May 2018.

As reported by NRB, the consumer price inflation which was 2.3% a year ago increased to 4.2% in Mid-Aug 2018 due to increase in the price of food, beverage and other essential items. However, the ongoing market interest rate on deposits or, government bond and corporate debentures can easily beat this inflation rate.

Considering nominal interest rate as weighted average deposit rate of 6.40% (as at Mid-Aug 2018) and inflation rate of 4.2%, the real interest via Fisher equation is 2.20% only. 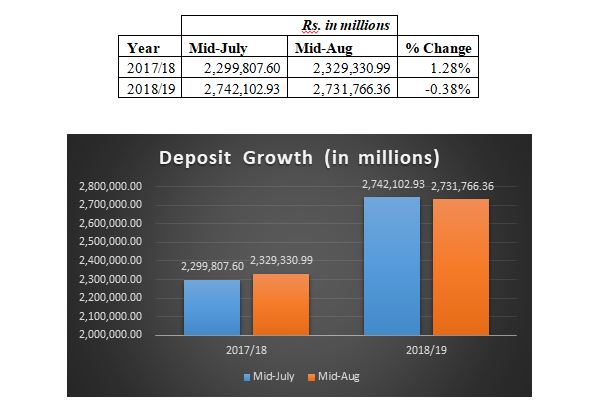 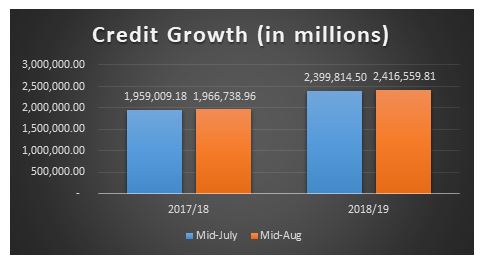 In the review period, NRB mopped up NPR 80.35 billion through open market operations. Of which, NPR 79.65 billion was mopped up under deposit collection auction and NPR 700 million through reverse repo auction on a cumulative basis. NPR 73.50 billion liquidities was mopped up in the corresponding period of the previous year.

The country’s BOP position is already in deficit in the first month of FY 2018/19 by NPR 24.77 billion, mainly due to huge deficit seen in current account by NPR 25.38 billion as a result of significant increase in imports. During the corresponding period in last year, BOP was at deficit by NPR 3.29 billion only, whereas the current account was at deficit by NPR 5.98 billion.

In US Dollar terms, the one months’ data of FY 2018/19 shows that worker’s remittance growth has witnessed an increment of 24.01% to reach $671.52 million compared to 11.75% growth in 2017/18. One of the main reason behind this significant growth is due to constantly increasing dollar value. 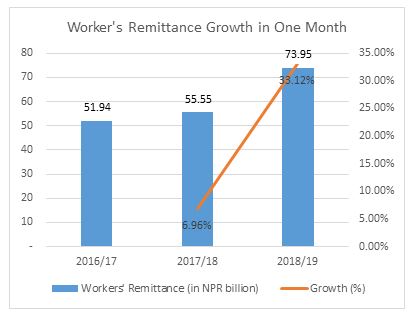 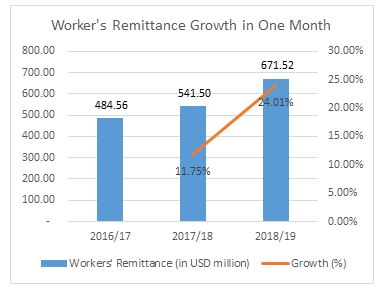