This macroeconomic report is prepared based on two month’s data of FY 2075/76 published by NRB. The key macro-economic indicators and variables are highlighted in the table below, and explained in further section: 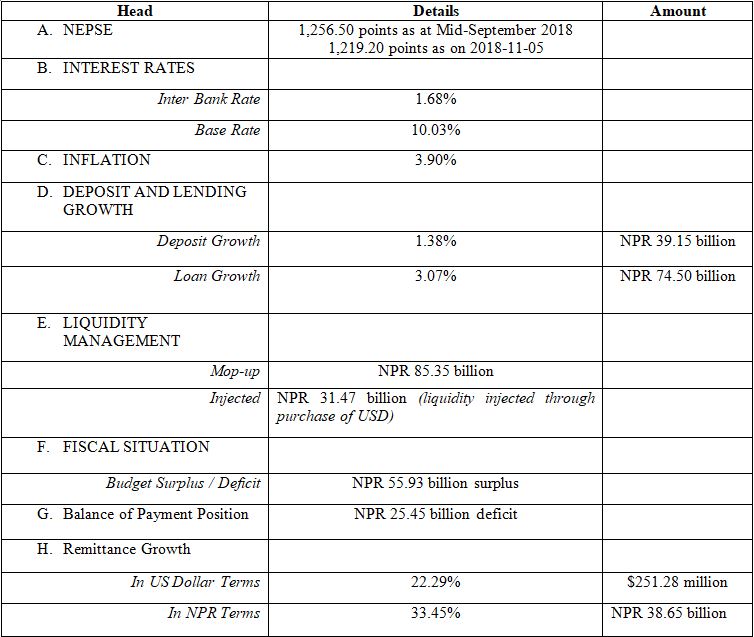 The NEPSE index as at Mid-September 2018 declined by 17.89% to close at 1,256.53 points, compared to 1,530.31 points in the same period last year. The market capitalization of NEPSE as well declined from NPR 1,775.60 billion in Mid-September 2017 to NPR 1,496.64 billion in Mid-September 2018. Of the total market capitalization, the share of banks, financial institutions and insurance companies stood at 80.8 percent, hydropower 4.2 percent, manufacturing and processing companies 2.7 percent, hotels 1.7 percent, trading 0.1 percent, and others 10.5 percent respectively. 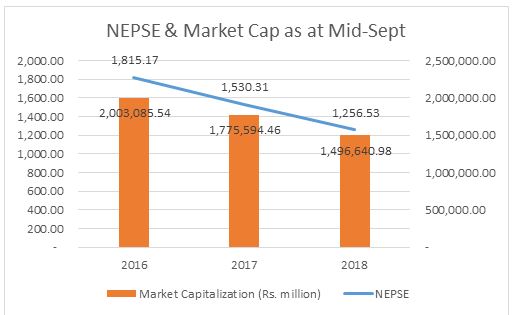 On the other hand, the ratio of market capitalization of NEPSE to GDP as at Mid-September 2018 has significantly dropped down to 49.77% compared to 67.19% in the last year during the same review period. 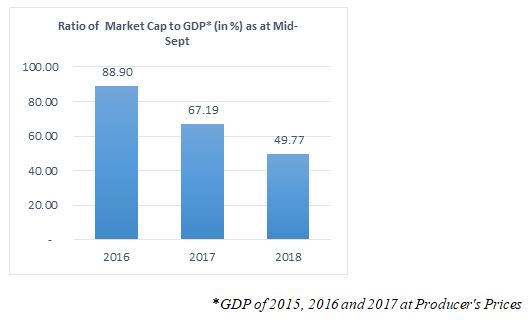 As shown in the chart below, the interbank rate of commercial banks has declined to 1.68% in Mid-September 2018 compared to 1.88% in the previous month. The interbank rate stood above 4% level from Mid-December, 2017 till Mid-June, 2018, which was on the higher end due to tight liquidity in the banking system. After that point of time, there has been a decline in interbank rate indicating some ease in liquidity.

With some ease of liquidity in the banking channel, the weighted average interest rate on deposits of Commercial Banks has gone down to 6.30% and consequently, the base rate as well has gone down in Mid-September 2018 to reach at 10.03%, which was 10.12 in the previous month. Last year during the same review period, the base rate of commercial banks stood at 10.13%. The base rate of commercial banks was in increasing trend, and reached one-year-high of 10.47% in Mid-May 2018.

As reported by NRB, the consumer price inflation which was 3.39% a year ago increased to 3.90% in Mid-September 2018 mainly due to increase in the price of non-food and services group which contributed to a rise in overall inflation in the review period. However, the ongoing market interest rate on deposits or, government bond and corporate debentures can easily beat this inflation rate.

Considering nominal interest rate as weighted average deposit rate of 6.30% (as at Mid-September 2018) and inflation rate of 3.90%, the real interest via Fisher equation is 2.40% only. 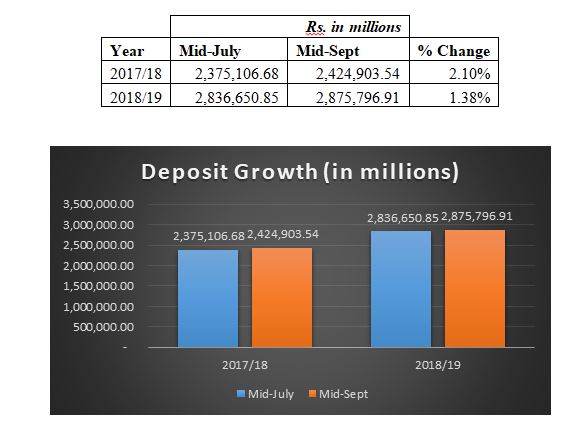 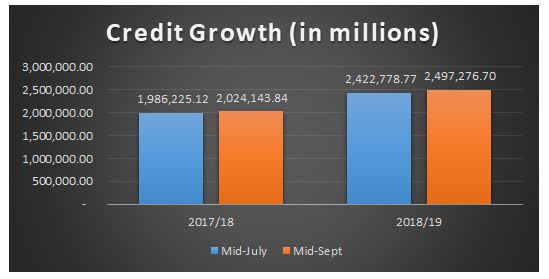 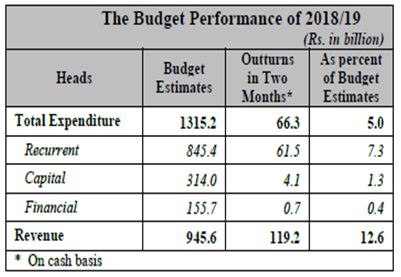 The country’s BOP position is already in deficit in the first two months of FY 2018/19 by NPR 25.45 billion, mainly due to huge deficit seen in current account by NPR 35.56 billion as a result of significant increase in imports. During the corresponding period in last year, BOP was at deficit by NPR 5.87 billion only, whereas the current account was at deficit by NPR 19.74 billion. 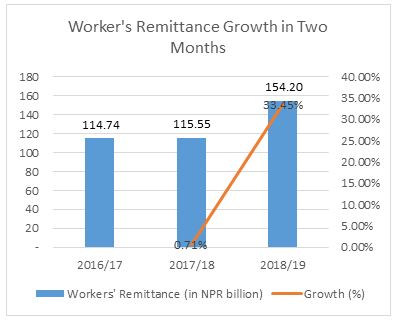 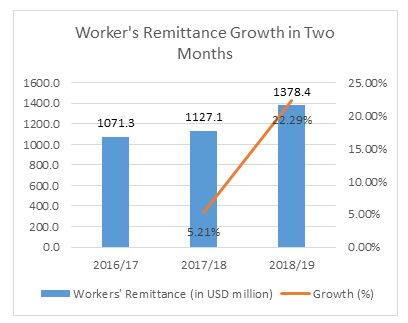