This macroeconomic report is prepared based on eight month’s data of FY 2020/21 published by NRB. The key macro-economic indicators and variables are highlighted in the table below, and explained in further section: 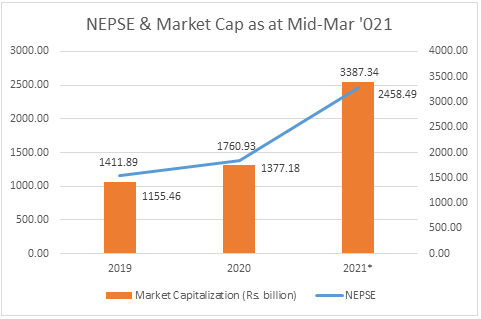 On the other hand, the ratio of market capitalization of NEPSE to GDP as at Mid-Mar 2021 has increased to 85.9% compared to 45.6% in the last year during the same review period. The interbank rate of commercial banks which reached a high of 6.91% in Mid-June 2019 stands at 1.26% in Mid-Mar 2021 indicating liquidity ease in the banking system. The interbank rate during the same period a year ago stood at 4.35%. 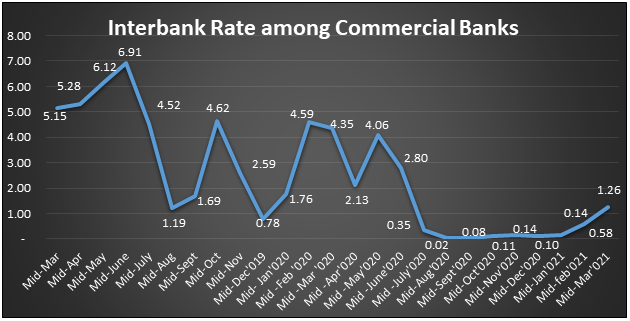 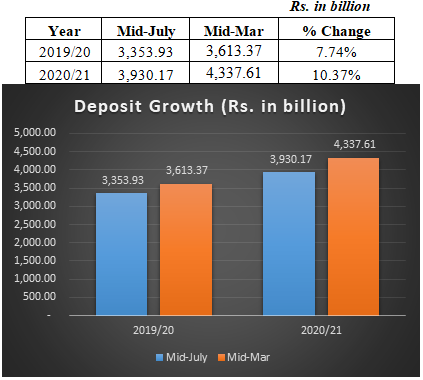 The credit disbursement of BFI’s as at Mid-Mar 2021 increased to NPR. 3,846.19 billion by 17.76%, compared to NPR 3,266.01 billion in Mid-July 2020. The growth during the same period last year was 10.35%. Out of the total outstanding credit of the BFIs, 66.2 percent is against the collateral of land and building and 12.3 percent against the collateral of current assets (such as agricultural and non-agricultural products). Such ratios were 65.3 percent and 13.3 percent respectively a year ago. 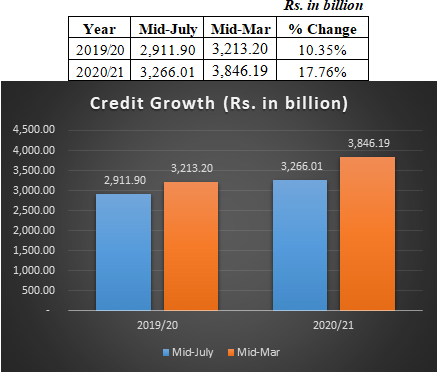 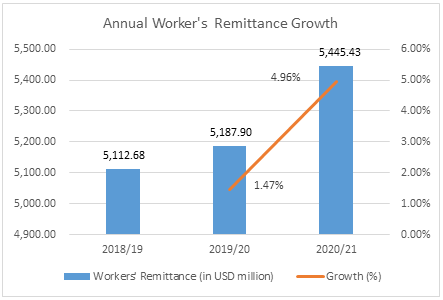 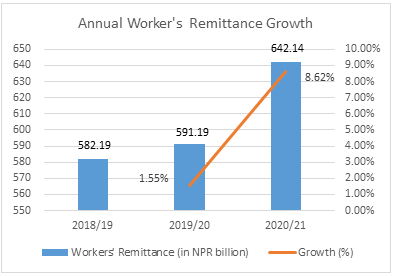