This macroeconomic report is prepared based on eight month’s data of FY 2021/22 published by NRB. The key macro-economic indicators and variables are highlighted in the table below, and explained in further section : 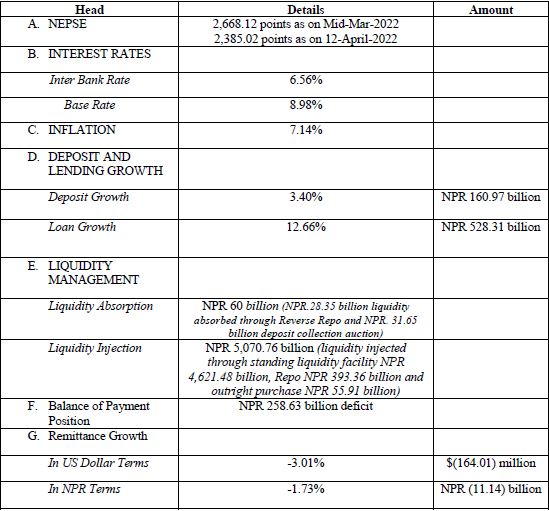 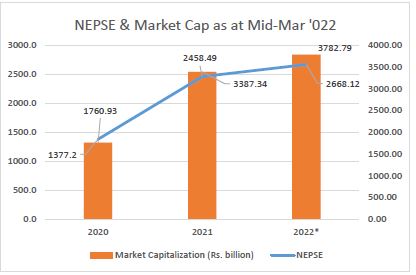 On the other hand, the ratio of market capitalization of NEPSE to GDP at Mid-Mar 2022 has decreased to 88.67% compared to 89.92% in the last year during the same review period. 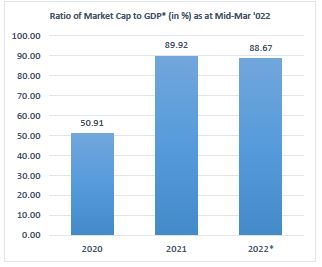 The interbank rate of commercial banks had decreased to 0.02% in Mid-Aug,2020 which has been gradually rising since then and has reached to 6.56% in Mid-Mar 2022 indicating tightening of liquidity in the banking system compared to Mid-Mar 2021. The interbank rate during the same period a year ago stood at 1.26%. 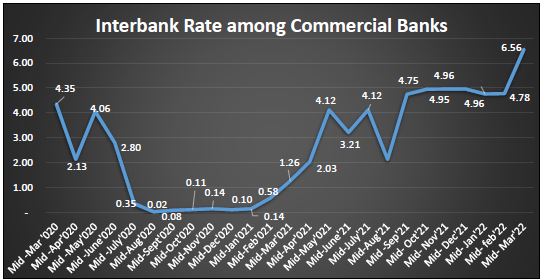 The base rate of commercial banks stands at 8.98% in Mid-Mar 2022 compared to 6.84% a year ago. This has set the weighted average lending rate at 10.60%. On the other hand, the weighted average deposit rate stands at 6.93%. Such rates were 8.73% and 4.76% respectively in the corresponding month of the previous year.

The consumer price inflation which was 3.02% a year ago increased to 7.14% in Mid-Mar 2022. This is the highest increase in CPI index in past five years. Food and beverage inflation stood at 7.51 percent whereas non-food and service inflation stood at 6.84 percent in the review month.. The prices of ghee & oil, vegetable, milk products and eggs and pulses & legumes sub-categories rose by 26.34 percent, 13.96 percent, 11.30 and 10.30 percent respectively on y-o-y basis. 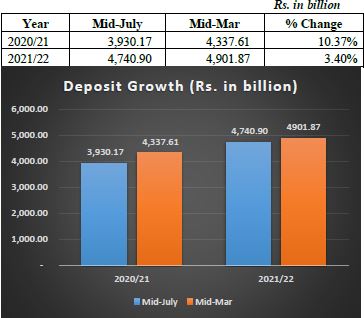 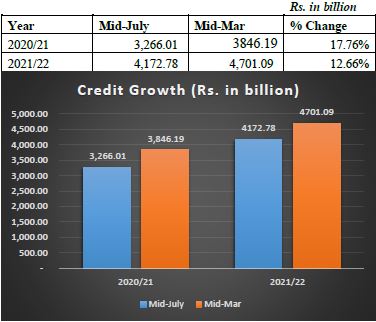 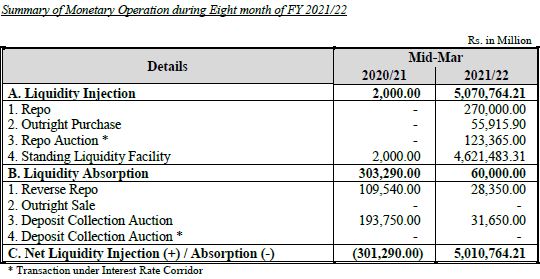 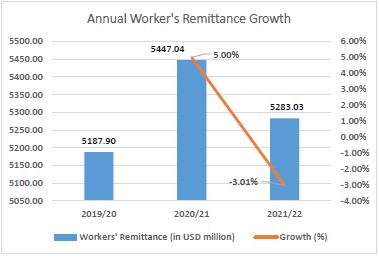 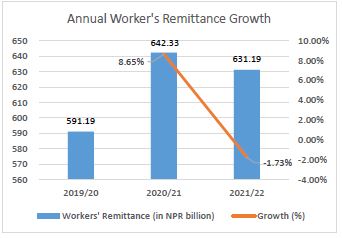