This macroeconomic report is prepared based on eight month’s data of FY 2018/19 published by NRB. The key macro-economic indicators and variables are highlighted in the table below, and explained in further section: 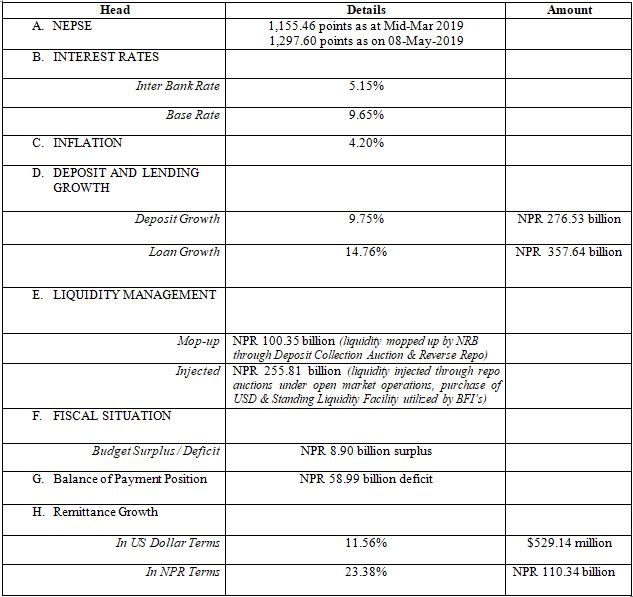 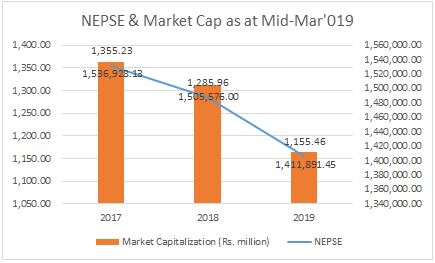 On the other hand, the ratio of market capitalization of NEPSE to GDP as at Mid-March 2019 has significantly dropped down to 46.95% compared to 57.92% in the last year during the same review period. 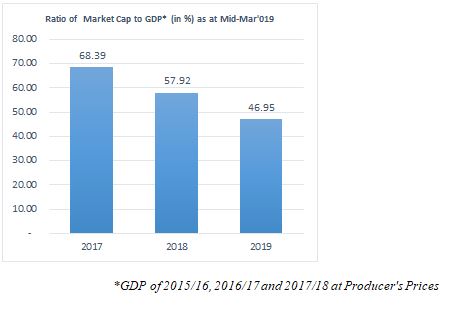 As reported by NRB, the consumer price inflation which was 5.96% a year ago noticeably declined to 4.20% in Mid-March 2019, due to drop in the price of food and beverage as well as non-food and service group, which contributed to a decline in overall inflation during the review period. Moreover, the ongoing market interest rate on deposits or, government bond and corporate debentures could easily beat this inflation rate.

Considering nominal interest rate as weighted average deposit rate of 6.62% (as at Mid-March 2019) and inflation rate of 4.20%, the real interest via Fisher equation is 2.42% only. 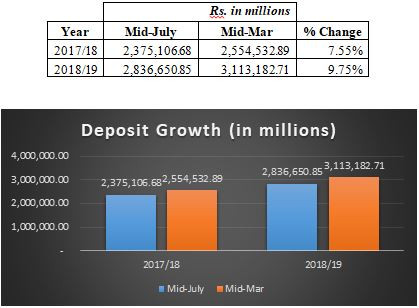 Credit Growth: The credit disbursement of BFI’s as at Mid-March 2019 increased to NPR 2,780.42 billion by 14.76%, compared to NPR 2,422.78 billion in Mid-July 2018. The growth during the same period last year was 13.85%. Of the total outstanding credit of BFIs in Mid-March 2019, 63.9 percent is against the collateral of land and building and 14.2 percent against the collateral of current assets (such as agricultural and non-agricultural products). Such ratios were 61.4 percent and 14.7 percent respectively a year ago. In the review period, term loan extended by BFIs increased 21.2 percent, overdraft increased 10.2 percent, trust receipt (import) loan increased 17.6 percent, demand and working capital loan increased 19.1 percent, real estate loan (including residential personal home loan) and hire purchase loan increased 7.8 percent each. 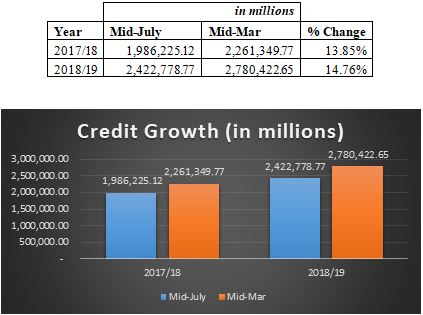 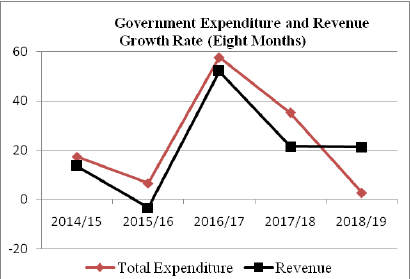 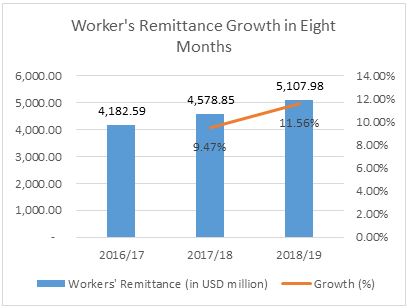 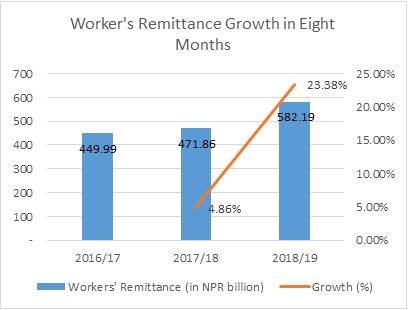