This macroeconomic report is prepared based on five month’s data of FY 2076/77 published by NRB. The key macro-economic indicators and variables are highlighted in the table below, and explained in further section: 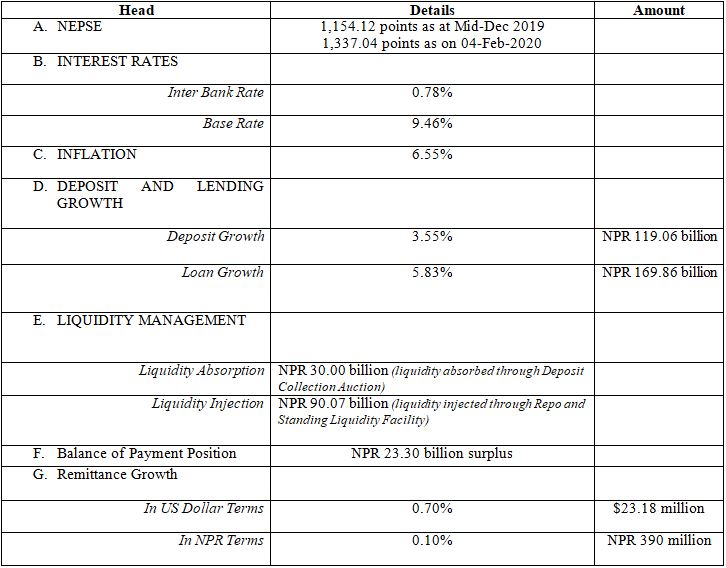 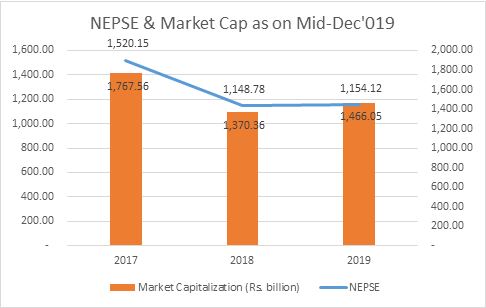 On the other hand, the ratio of market capitalization of NEPSE to GDP as on Mid-Dec 2019 has dropped down to 42.32% compared to 45.21% in the last year during the same review period. 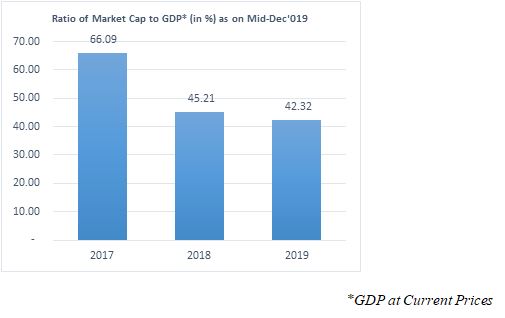 The interbank rate of commercial banks which reached a year-high of 6.91% in Mid-June 2019 stands at 0.78% in Mid-Dec 2019 indicating some liquidity ease in the banking system. The interbank rate during the same period a year ago stood at 1.20%.

The base rate of commercial banks stands at 9.46% in Mid-Dec 2019 compared to 10.30% a year ago, which means borrowing money from bank has become slightly cheaper compared to a year ago. This has set the weighted average lending rate at 11.93%. On the other hand, the weighted average deposit rate stands at 6.80%. Such rates were 12.32% and 6.62% respectively in the corresponding month of the previous year. 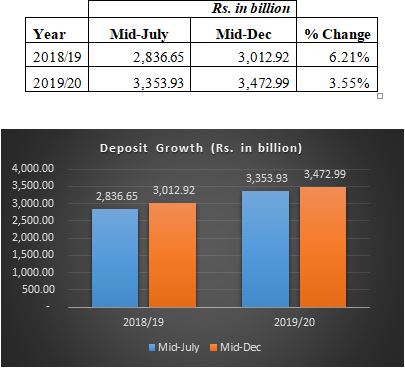 Credit Growth: The credit disbursement of BFI’s as at Mid-Dec 2019 increased to NPR 3,081.76 billion by 5.83%, compared to NPR 2,911.90 billion in Mid-July 2019. The growth during the same period last year was 10.09%. Of the total outstanding credit of BFIs in Mid-Dec 2019, 64.70 percent is against the collateral of land and building and 13.60 percent against the collateral of current assets (such as agricultural and non-agricultural products). Such ratios were 63.30 percent and 14.60 percent respectively a year ago. 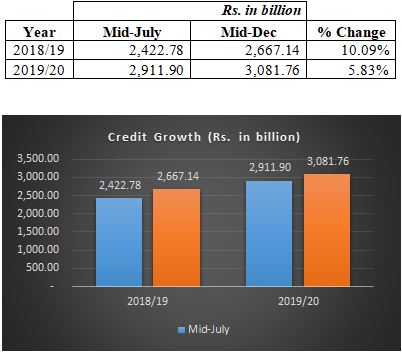 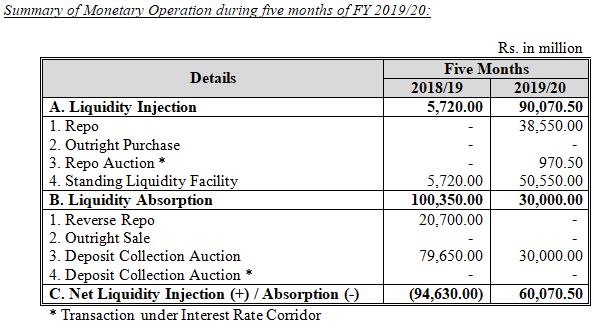 During five months of 2019/20, fiscal position of the Government based on banking transactions remained at a surplus of Rs. 62.23 billion compared to a surplus of Rs. 37.56 billion in the corresponding period of the previous year. 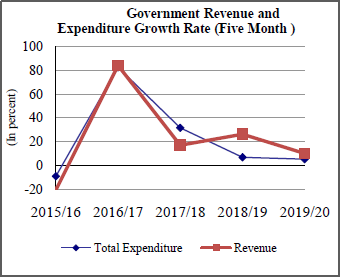 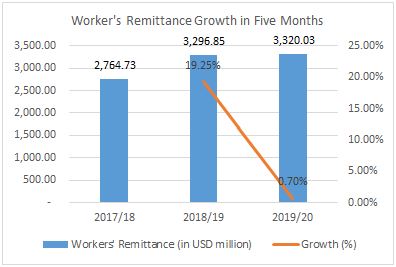 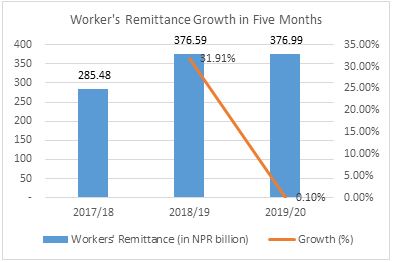