This macroeconomic report is prepared based on nine month’s data of FY 2021/22 published by NRB. The key macro-economic indicators and variables are highlighted in the table below, and explained in further section: 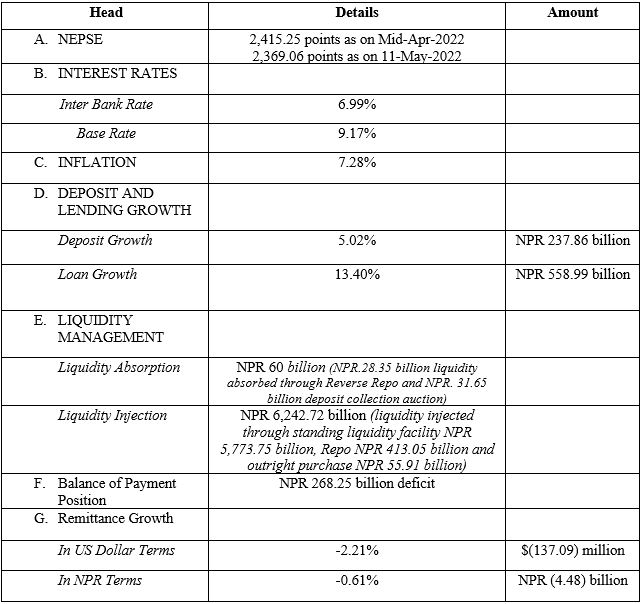 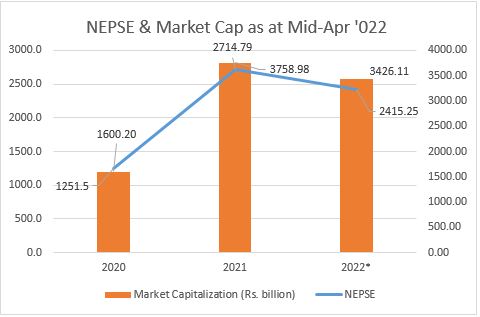 On the other hand, the ratio of market capitalization of NEPSE to GDP at Mid-Apr 2022 has decreased to 70.62% compared to 87.88% in the last year during the same review period. 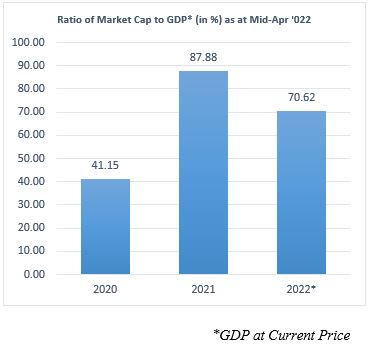 The interbank rate of commercial banks had decreased to 0.02% in Mid-Aug,2020 which has been gradually rising since then and has reached to 6.99% in Mid-Apr 2022 indicating tightening of liquidity in the banking system compared to Mid-Apr 2021. The interbank rate during the same period a year ago stood at 2.03%. 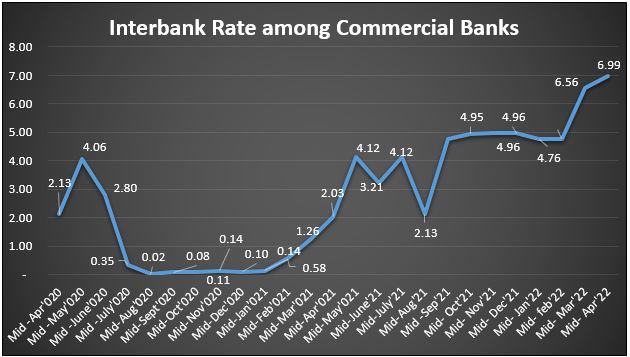 The base rate of commercial banks stands at 9.17% in Mid-Apr 2022 compared to 6.90% a year ago. This has set the weighted average lending rate at 10.78%. On the other hand, the weighted average deposit rate stands at 7.11%. Such rates were 8.61% and 4.79% respectively in the corresponding month of the previous year.

The consumer price inflation which was 3.10% a year ago which has increased to 7.28% in Mid-Apr 2022. This is the highest increase in CPI index in past five years. Food and beverage inflation stood at 7.40 percent whereas non-food  and service inflation stood at 7.18 percent in the review month. Average inflation remained 5.62 percent during the review period. The prices of ghee & oil, milk products & eggs, pulses &  legumes, and tobacco products sub-categories rose by 28.36 percent, 11.56 percent, 10.53 and 8.91  percent respectively on y-o-y basis. 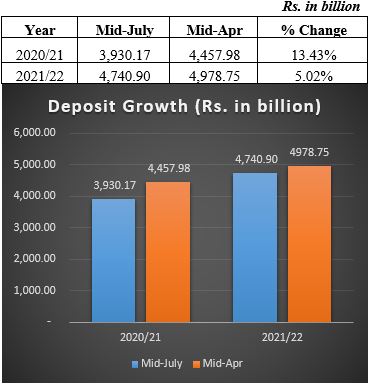 The credit disbursement of BFI’s as at Mid-Apr 2022 increased to NPR. 4,731.78 billion by 13.40%, compared to NPR 4,172.78 billion in Mid-July 2021. The growth during the same period last year was 23.16%. Outstanding loan of BFIs to the agriculture sector increased 16.9 percent, industrial production sector 9.7 percent, transportation, communication and public sector 10 percent, wholesale and retail sector 16 percent and service industry sector 7.8 percent in the review period In the review period, term loan extended by BFIs increased 17.6 percent, overdraft 22.2 percent 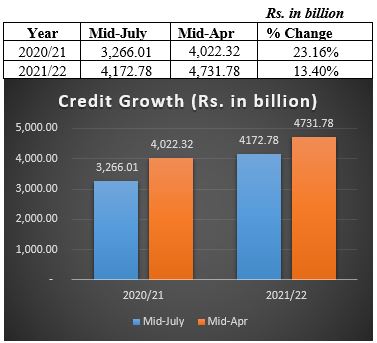 Summary of Monetary Operation during Nine month of FY 2021/22 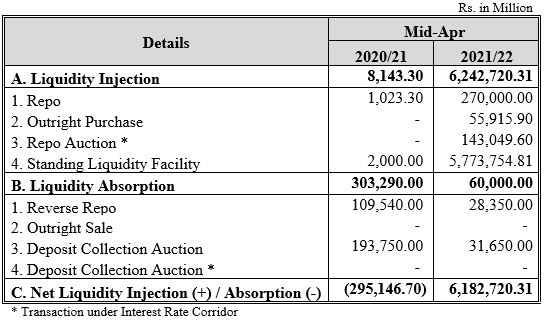 In the first nine months of 2021/22, total revenue collected by the government till Mid-Apr 2022 is Rs.789.26 billion which is 15.41% higher compared with the corresponding month of the previous fiscal year. The total expenditure of the government till Mid-Apr 2022 is Rs.794.25billion which is 15.03% higher than that of the expenditure on the corresponding month of previous fiscal year. 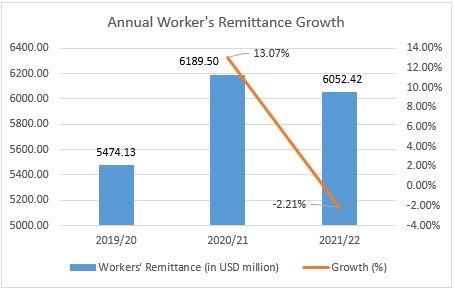 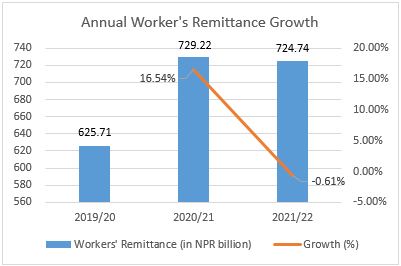