This macroeconomic report is prepared based on seven month’s data of FY 2075/76 published by NRB. The key macro-economic indicators and variables are highlighted in the table below, and explained in further section: 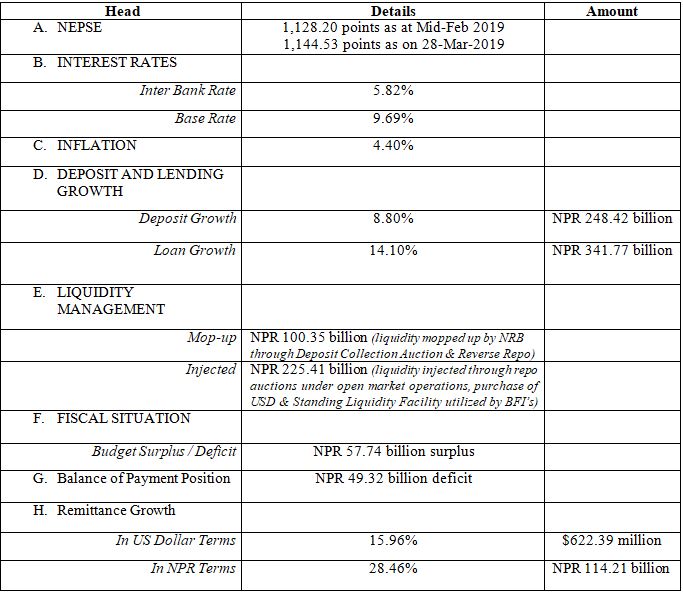 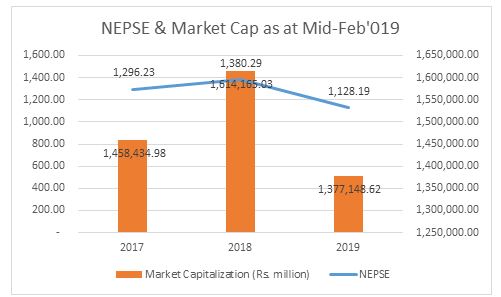 On the other hand, the ratio of market capitalization of NEPSE to GDP as at Mid-February 2019 has significantly dropped down to 45.79% compared to 62.10% in the last year during the same review period. 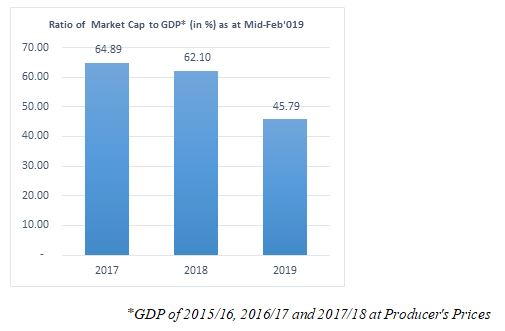 As shown in the chart below, the interbank rate of commercial banks as at Mid-February 2019 spiked up to 5.82% to make a year-high compared to 2.84% a month ago, mainly due to increase in interbank borrowing in order to maintain their tight CCD ratio. The interbank rate during the same period a year ago was at 4.31%.

The base rate of commercial banks has slightly declined to 9.69% in Mid-February, 2019 compared to 10.19% a year ago. This has set the weighted average lending rate at 12.34%. On the other hand, the weighted average deposit rate stands at 6.67%. Such rates were 11.90% and 6.38% respectively in the corresponding month of the previous year.

As reported by NRB, the consumer price inflation which was 5.00% a year ago marginally decreased to 4.40% in Mid-February 2019, due to marginal decrease in the price of food and beverage group, which contributed to a moderate decline in inflation in the review period. Moreover, the ongoing market interest rate on deposits or, government bond and corporate debentures can easily beat this inflation rate.

Considering nominal interest rate as weighted average deposit rate of 6.67% (as at Mid-February 2019) and inflation rate of 4.40%, the real interest via Fisher equation is 2.27% only. 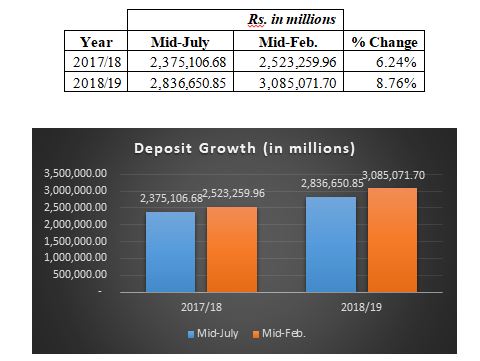 Credit Growth: The credit disbursement of BFI’s as at Mid-February 2019 increased to NPR 2,764.55 billion by 14.11%, compared to NPR 2,422.78 billion in Mid-July 2018. The growth during the same period during last year was 12.94%. Of the total outstanding credit of BFIs in mid-February 2019, 63.4 percent is against the collateral of land and building and 14.50 percent against the collateral of current assets (such as agricultural and non-agricultural products). Such ratios were 61.50 percent and 14.60 percent respectively a year ago. 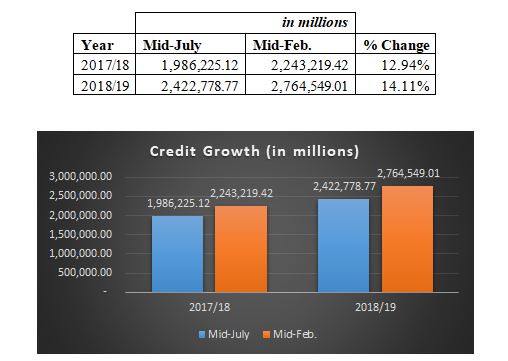 Though the liquidity situation is at some ease as of now after the banks have reached a gentleman agreement to fix the interest rate ceiling at 9.25 percent for the private fixed deposits; but if we compare the credit growth rate of 14.11% and deposit growth rate of 8.76%, then the credit crunch is likely to reoccur again if the deposit growth couldn’t matchup with the credit demand and also if there is lag in the government expenditure. 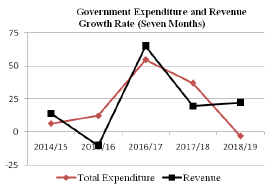 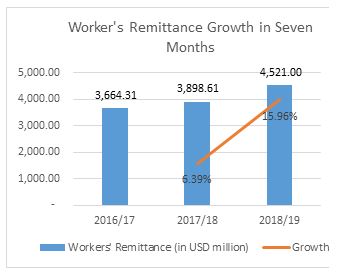 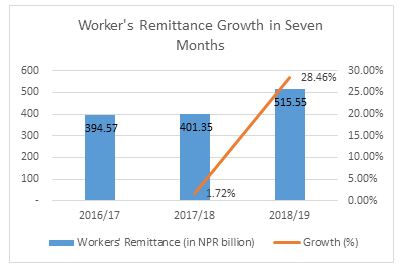