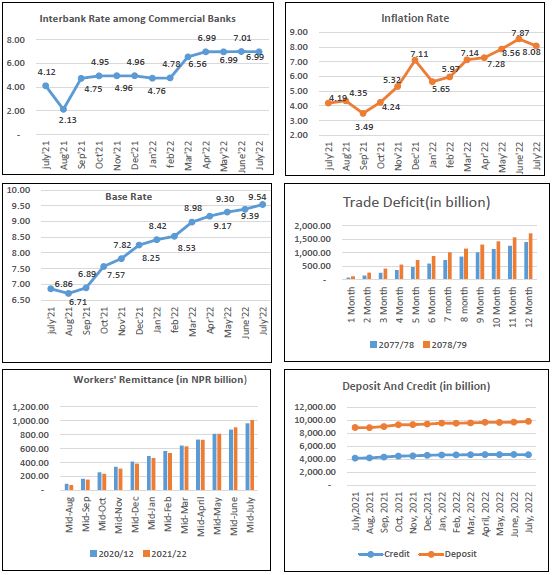 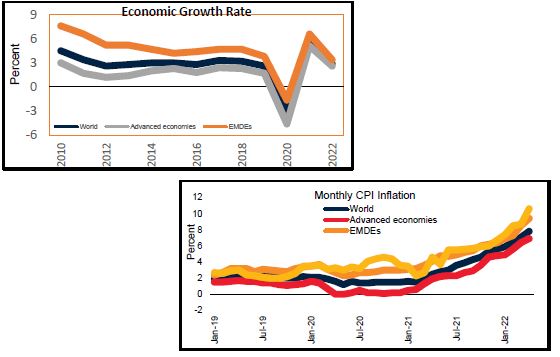 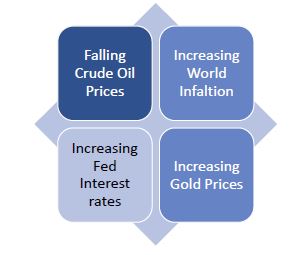 1. In the United States, the consumer price index rose by 9.1 percent in June, compared with a year earlier, and it also rose by 9.1 percent in the United Kingdom in May—the highest inflation rates in these two countries in 40 years. In the euro area, inflation in June reached 8.6 percent, its highest level since the inception of the monetary union. Equally concerning, in emerging market and developing economies, second-quarter inflation is estimated to have been 9.8 percent.

2. Wage growth has on average not kept up with inflation across both advanced and emerging market and developing economies, eroding household purchasing power.

4. China’s economic slowdown has added to global supply chain disruptions. Shanghai, a major global supply chain hub, entered a strict lockdown in April 2022, forcing citywide economic activity to halt for about eight weeks. In the second quarter, real GDP contracted significantly by 2.6 percent on a sequential basis, driven by lower consumption—the sharpes decline since the first quarter of 2020, at the onset of the pandemic, when it declined by 10.3 percent. Since then, more contagious variants have driven a worrisome surge in COVID-19 cases.

5. The war in Ukraine continues, causing widespread hardship. The war’s humanitarian cost is rising, with 9 million people having fled Ukraine since the Russian invasion started and continuing loss of life and destruction of physical capital. Russia’s economy is estimated to have contracted during the second quarter by less than previously projected, with crude oil and nonenergy exports holding up better than expected

6. The food crisis worsens. Global food prices have stabilized in recent months but remain much higher than in 2021. The principal driver of global food price inflation—particularly prices of cereal, such as wheat––has been the war in Ukraine; export restrictions in several countries have compounded global food price increases, although a few of these restrictions have recently lapsed. Low-income countries, where food represents a larger share of consumption, are feeling the impact of this inflation most keenly.

This macroeconomic report is prepared based on annual data of FY 2021/22 published by NRB. The key macro-economic indicators and variables are highlighted in the table below and explained in further section: 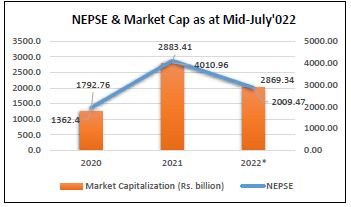 On the other hand, the ratio of market capitalization of NEPSE to GDP at Mid-July 2022 has decreased to 59.14% compared to 93.77% in the last year during the same review period. 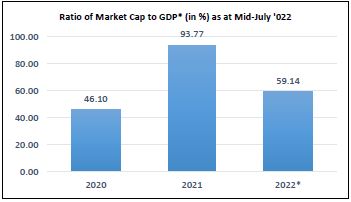 The interbank rate of commercial banks had decreased to 0.02% in Mid-Aug,2020 which has been gradually increasing since then and has reached to 6.99% in Mid-July 2022 indicating tightening of liquidity in the banking system. The interbank rate during the same period a year ago stood at 4.12%.

The base rate of commercial banks stands at 9.54% in Mid-July 2022 compared to 6.86% a year ago. This has set the weighted average lending rate at 11.62%. On the other hand, the weighted average deposit rate stands at 7.41%. Such rates were 8.43% and 4.65% respectively in the corresponding month of the previous year. 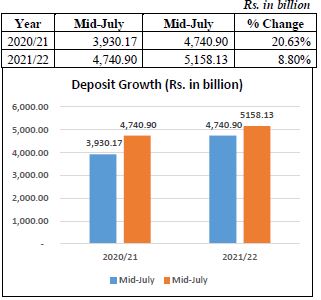 Credit Growth: The credit disbursement of BFI’s as at Mid-July 2022 increased to NPR. 4,709.13 billion by 12.85%, compared to NPR 4,172.78 billion in Mid-July 2021. The growth during the same period last year was 27.3%. Outstanding loan of BFIs to the agriculture sector increased 19.7 percent, industrial production sector 8 percent, transportation, communication and public sector 15.7 percent, wholesale and retail sector 13.3 percent and service industry sector 8.7 percent in the review year. 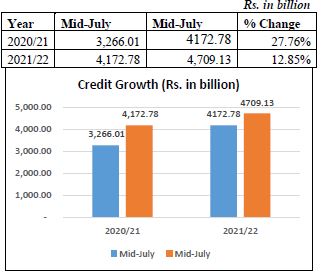 Summary of Monetary Operation during FY 2021/22 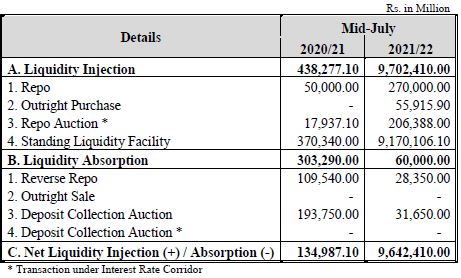 In the review period, NRB mopped up Rs.60 billion liquidity of which Rs.28.35 billion was through reverse repo auction and Rs.31.65 billion through deposit collection auction.

The country’s BOP position is at deficit in the annual data of FY 2021/22 by NPR 255.25 billion compared to a surplus of NPR 1.22 billion during the same period last year. On the other hand, the current account remained at a deficit of Rs.623.32 billion in the review period compared to a deficit of Rs.333.67 billion in the same period of the previous year. In the review year, capital transfer decreased 34.5 percent to Rs.9.99 billion and net foreign direct investment (FDI) decreased 4.9 percent to Rs.18.56 billion. In the previous year, capital transfer and net FDI amounted to Rs.15.26 billion and Rs.19.51 billion respectively. 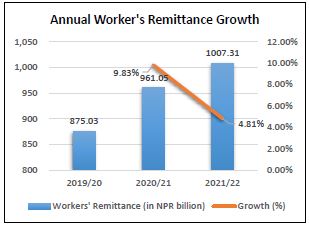